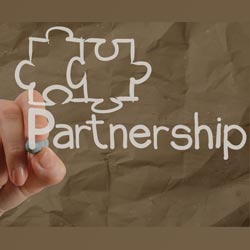 The Limited Liability Partnership (LLPs) is a type of structure introduced by Tony Blair’s government only a dozen years ago. It was introduced after pressure by the big four accountancy firms after a high profile legal case highlighted the exposure of a partner to errors made by other partners.

The response of the government was set up the LLP structure which is rather similar to the Limited Liability Corporation structure in the states – LLCs.

This structure can be used by anyone, either in place of, or in addition to, a limited company.

One common structure for LLPs is for one of the members (partners in an LLP are called “members”) to be a limited company. This allows profits to be allocated to the limited company following which other members can withdraw the profits as dividends. This can have tax benefits.

Because it is a partnership, an LLP has to distribute all its profits to the members at the end of the year.

Do you want to reduce your tax payments? We can help!